The villa is located in San Giovanni di Sinis, in the province of Oristano, west of Sardinia. We are on a cliff with wonderful inlets that open onto the large beach of the resort, the house is located 15 meters from the sea shore, immersed in the unspoiled nature of the area, with a breathtaking view from the terrace facing the sea.

The living room of the house is large and furnished with fine furniture, spacious sofas, satellite TV, table with chairs for dining and a view of the sea that few compares. From here you enter the kitchen, with fridge, freezer, microwave, dishwasher, very large and comfortable. Following we find a corridor that opens onto two bathrooms, both with toilet, shower and bidet, and onto three bedrooms. One bedroom has three single beds of 90cm wide and 190cm long, another bedroom has three single beds of 80cm wide by 190cm long and the third bedroom has two single beds of standard measures. The furnishings are well-finished and the house is air-conditioned in the living room and in a triple bedroom.

The Villa has a shared courtyard with two independent annexes at the rear of the villa itself, with which it shares only the main entrance to the courtyard and parking spaces. Outside we find a large covered veranda overlooking the sea of ​​the town and Capo San Marco, the courtyard of the house has a large parking lot. The Villa has two annexes on the back which are rented separately, so the courtyard of the house is shared with these for parking. The Villa maintains its privacy with respect to the two annexes on the back.

The house is located in a position of absolute quiet, with very limited traffic, the house is large and immersed in the Mediterranean scrub. Opposite there are small sandy beaches immersed in the rocks that gave life to the archaeological area of ​​Tharros which is located in this locality. From the house you can enjoy one of the most beautiful views in all of western Sardinia.

Once a fishing village, today this is a well-known seaside resort. San Giovanni, a village in Cabras to the south of the Sinis peninsula within the protected marine area, is located along the road leading to the ancient town of Tharros and, further south, the scenic Capo San Marco. The beach extends for around two kilometres, from the Phoenician-Punic (later Roman) colony to FuntanaMeiga, with a car park including space for campers. It overlooks a crystal clear sea with a seabed rich in sea life, a paradise for diving, snorkelling and underwater fishing. Constant winds also make this a destination for surfers.

The landscape of sand dunes is interrupted by sandstone and basalt rocks as well as the suggestive Spanish tower, named for San Giovanni and built by Philip II between 1580 and 1610 to deal with pirate incursions. The tower stands 500 metres from the beach and is accessed by a slightly uphill path.

Before becoming a well-known tourist centre, San Giovanni di Sinis was a fishing village, famous for its characteristic rush huts, which were lined up along the Oristano coast right up until the second world war. Today, it is a small village with a bar, restaurants and hotels, which livens up during the summer. In the centre square you'll find a small paleo-Christian church dating back to the 5th century, originally with a Greek cross layout and later rebuilt to a Latin cross plan.

In the territory of Cabras, east of Tharros, is the beach of Mare morto, a quiet harbour for yachts, with a kilometre of rocky coast to the west. Along the 30 kilometres of protected coastline, which also includes Mal di Ventre Island, the famous beaches of super-fine quartz sand known as Is Arutas, Maimoni and Mari Ermi slope into the turquoise sea,Along the road towards Is Arutas, add a different touch to your holiday by passing through San Salvatore di Sinis, with its Wild West scenery and the location for the Corsa degli Scalzi procession. Moving on from the cliffs and sand dunes towards the centre of the island, you come across the lagunas: the Stagno di Cabras and Mistras, which are stopping points for birdwatchers. In the town, don't miss a visit to the Civico Museo Archeologico, where you can see one of the biggest archaeological finds of the late 20th century in the Mediterranean: the stone statue of the Mont'e Prama Giants, the symbol of Sardinia.

Final cleaning: 130 €
Dishes and glasses have to be rinsed clean, the garbage sorted and packaged, and the house swept clean.
Some owners charge a fee if the house is not left properly.

Additional change of bedlinen and towels per person: 10 €

at the same peace of land 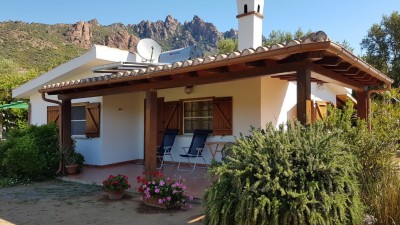 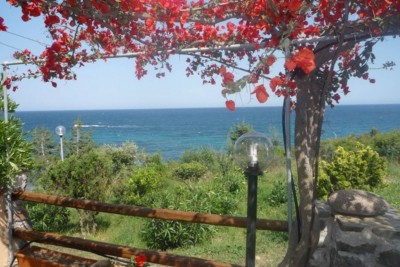 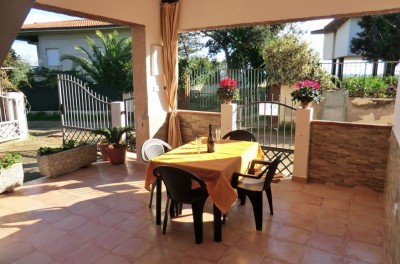 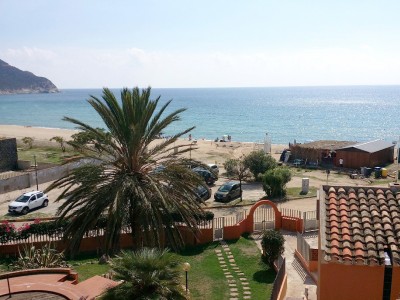 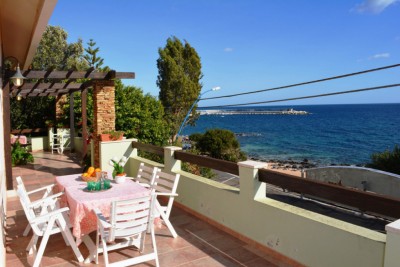 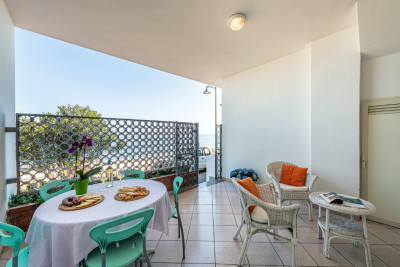 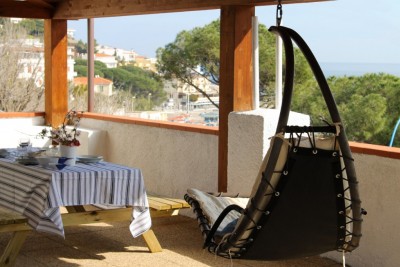 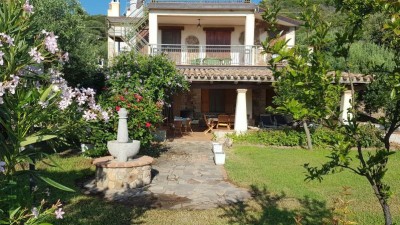 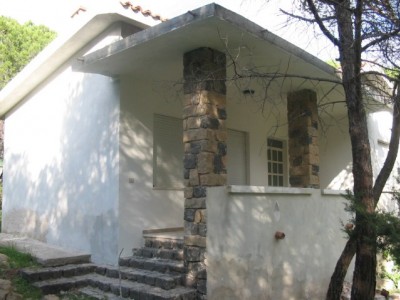 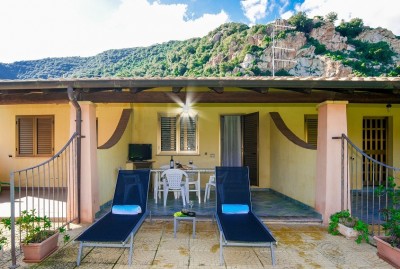 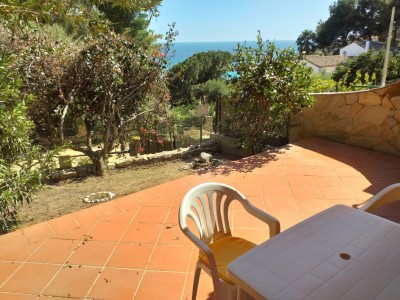