The house is located in the town of Torre del Pozzo, in the municipality of Cuglieri, in the province of Oristano, west Sardinia. We are in a unique position, a few meters from the sea, on a beautiful seafront, between the beach of Capanna that despite being very private, opens on the large sandy beach of Is Arenas, about 6 km long with a large pine forest and the small pebble beach overlooking the town of S'archittu, giving a unique landscape almost exclusively for guests.

The house has a living room with TV, sofa and table with chairs, with a view of the sea, which leads into a large kitchen, sea view, with a stove with four burners, fridge, freezer, electric oven and a wide assortment of pots, plates, glasses, set for breakfast. In the corridor we find a bathroom with shower, toilet and bidet. Continuing one can access the two bedrooms, a larger double and a smaller one, which can be double or even double. The smaller bedroom has no window but has a light spot above and is nice aired and lit though.

The large terrace overlooking the sea offers unique views to the guests who live in the house, we are in a particular position, under the tower of Torre del Pozzo. In the veranda furnished with table and chairs, we also find an outdoor shower and a very functional barbecue area, from here you can enjoy the pristine landscape of this area.

The house is practically on the beach, has a private access to the beach via a gate inside the veranda and stairs leading to the sand. We are 5 meters from the first beach 10 from the largest beach. The location is one of the closest to the sea of ​​the whole resort, guests can enjoy the magnificent sunsets of the west Sardinia from the veranda, as if they were on the beach.

The small cove, under the ancient tower of the Pozzo, which is reached via a steep stone staircase, is characterized by tuff formations and opens the view to a very beautiful view towards the town of S'Archittu. The sea with its characteristic blue and green colors surrounds the small and peaceful beach, offering a very intense and suggestive play of colors.

On one side the house opens on S'archittu.

On the coast of Montiferru, in the province of Oristano, there is a small village on the sea, known for a small beach and a natural bridge-shaped monument, shaped and rounded by the sea and the wind. Inspired by directors and writers, it will inspire you too, come and discover S'archittu, 500 meters from Torre del Pozzo.

A S'archittu The cliff is formed by sedimentary limestone called lunar for the reflections they generate. Next to the natural arch, which was originally a cave, there is a sheltered beach with shallow waters that guarantees relaxation and fun. There is no lack of services and amenities and the possibility of disabled access. It can be reached by a road to the north of the village: with a walk along the paved path you reach almost the arch.

The most intrepid and expert swimmers are used to dive from the bow, while those who do not like the risk, can enjoy the sea and photograph the sunsets on summer days: the orange sun seems to stop imprisoned in the bow. The landscape ranges from the intense blue of the sea to the green of the Mediterranean scrub. The scenic effect is even more beautiful at night, when the lights illuminate the whole area.

S'Archittu is surrounded by three islets in the shape of a mushroom, also smoothed by the patience of the waves.

On the other side, the house opens onto the beach and the Is Arenas pine forest. The name means 'the sands', specifically 'sandy dunes' and are among the most extensive in Italy. A small desert, reforested since the fifties of the twentieth century, with pines and acacias, because the dunes risked to expand and desertify the interior. Today it has become a vast green area, where pine grove and golf course rise. Is Arenas (or sas Renas) extends for almost six kilometers: it is one of the longest beaches of the Oristano area, bordered to the north by the tip of Torre del Pozzo and to the south by a channel that connects the sea and Is Benas pond. The central part (and major) of the beach is part of the territory of Narbolia, the southern part is San Vero Milis, the northern part of Cuglieri.

The beach has a reddish-yellow sand bottom with golden reflections, mixed with pebbles and shells on the shoreline. In some parts you will admire white grains of rice that are immersed in clear waters. Behind the panorama is dominated by the Montiferru woods, while towards the sea you will see Capu Mannu, the northern tip of the Sinis peninsula and the protected area that includes it.

It is often beaten by the mistral strong, therefore frequented all year round by windsurfers. Under such conditions, it is not recommended to enter the water but observe the sea will give intense sensations. The beach is accessible to the disabled, has ample parking and is suitable for campers, there are campsites, restaurants and bars.

The central part of the west coast, in the province of Oristano, is made of fine sand beaches or quartz grains alternating with cliffs. Not to be missed just north of Is Arenas, s'Archittu of Santa Caterina di Pittinurri (Cuglieri), one of the symbols of Sardinia, and the beautiful beach of Putzu Idu. To the south is the Sinis peninsula, which boasts three pearls of absolute beauty in the territory of Cabras: Mari Ermi, Maimoni and Is Arutas. Going down the gulf you will find the marina of Torregrande, the beach town of Oristano, and San Giovanni di Sinis, close to the archaeological site of Tharros.

Final cleaning: 80.00 €
Dishes and glasses have to be rinsed clean, the garbage sorted and packaged, and the house swept clean.
Some owners charge a fee if the house is not left properly.

in the same holiday home 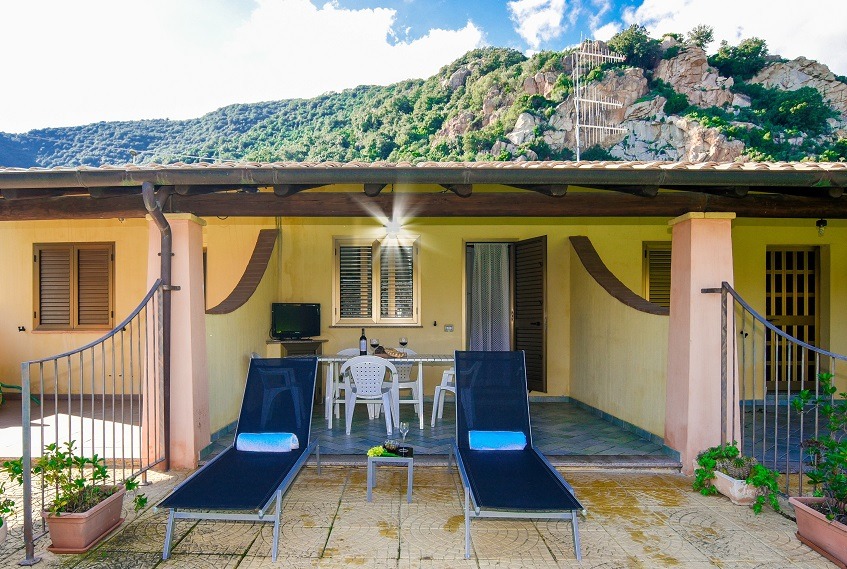 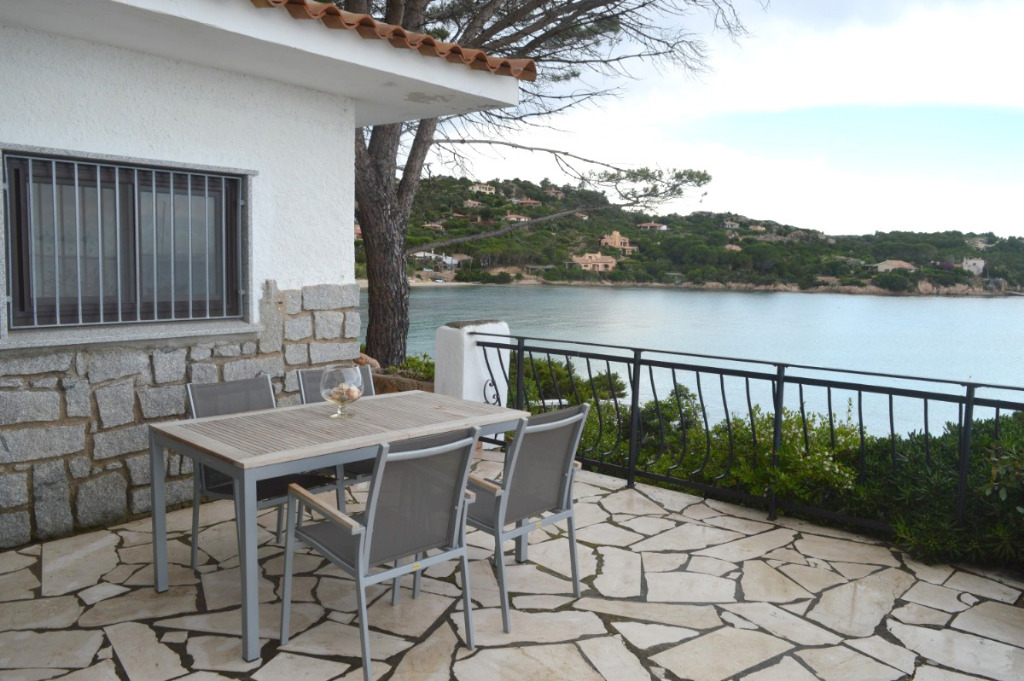 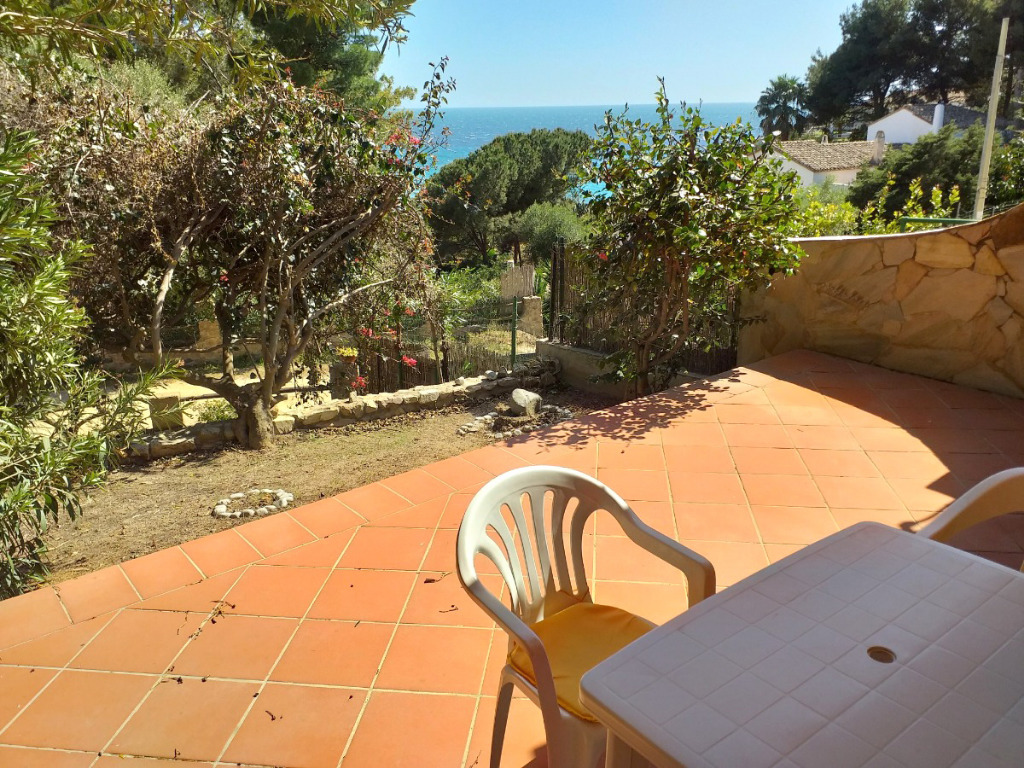 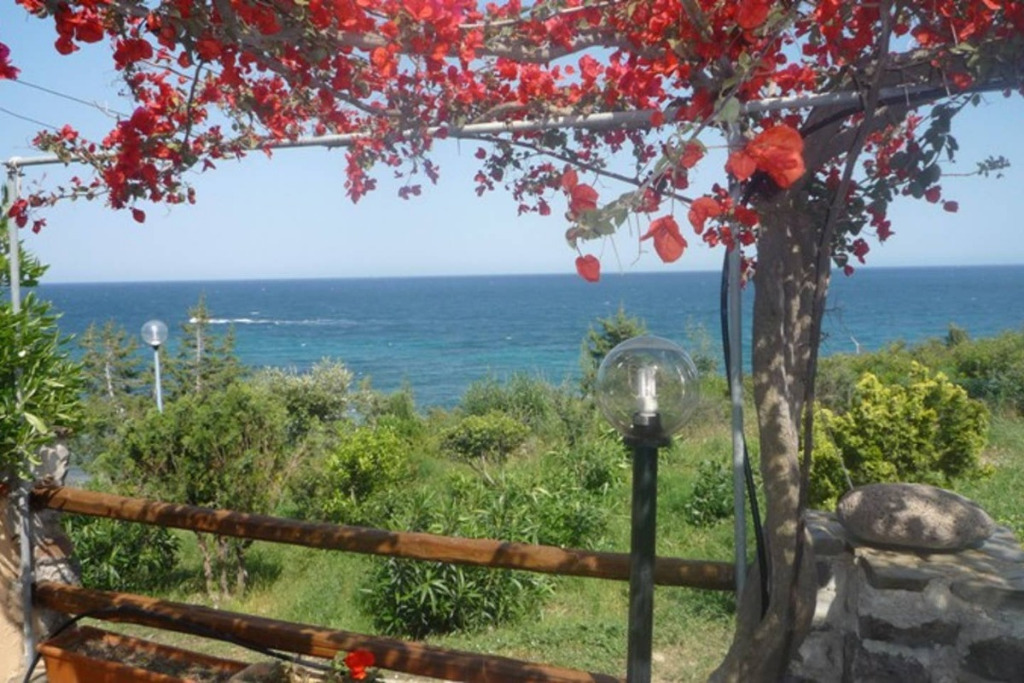 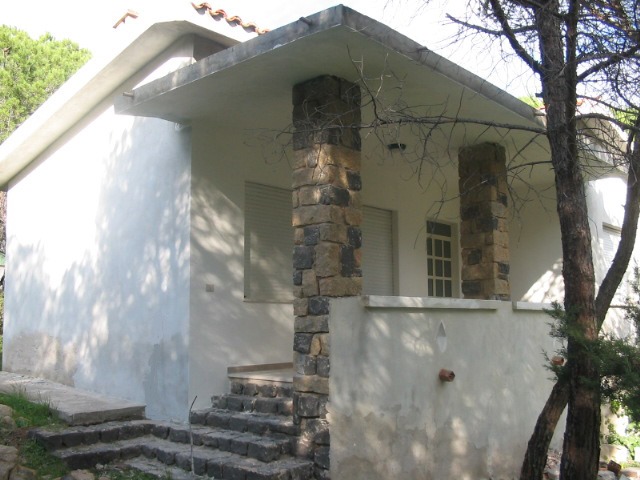 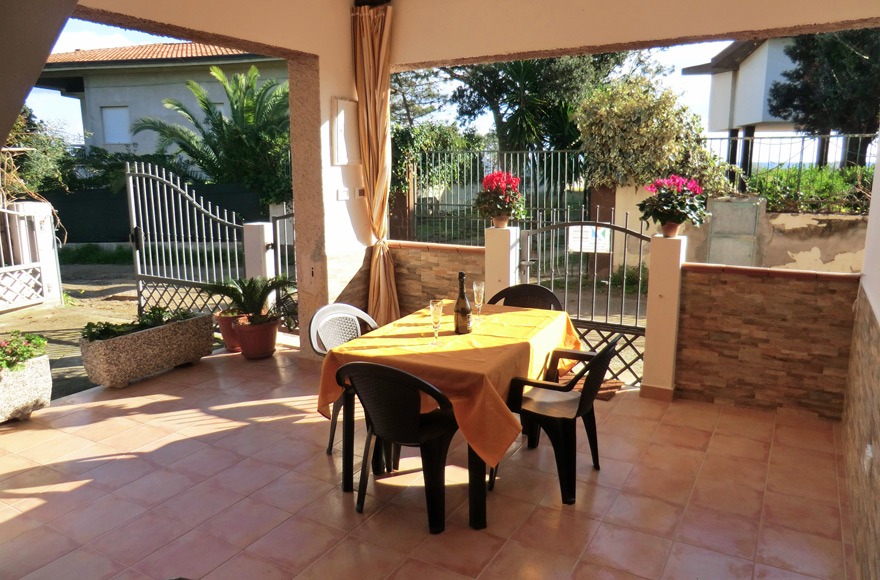 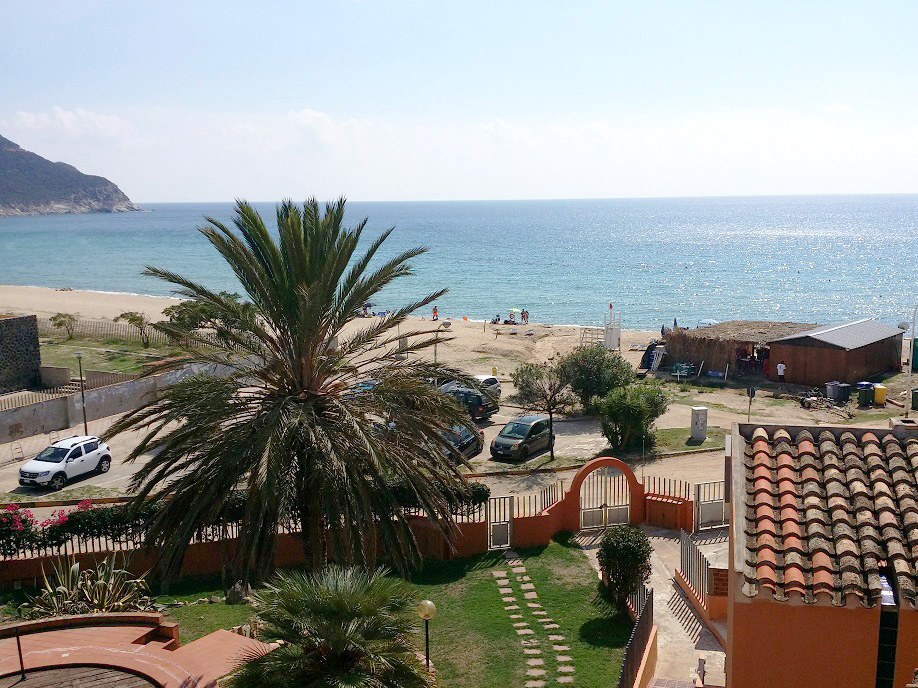 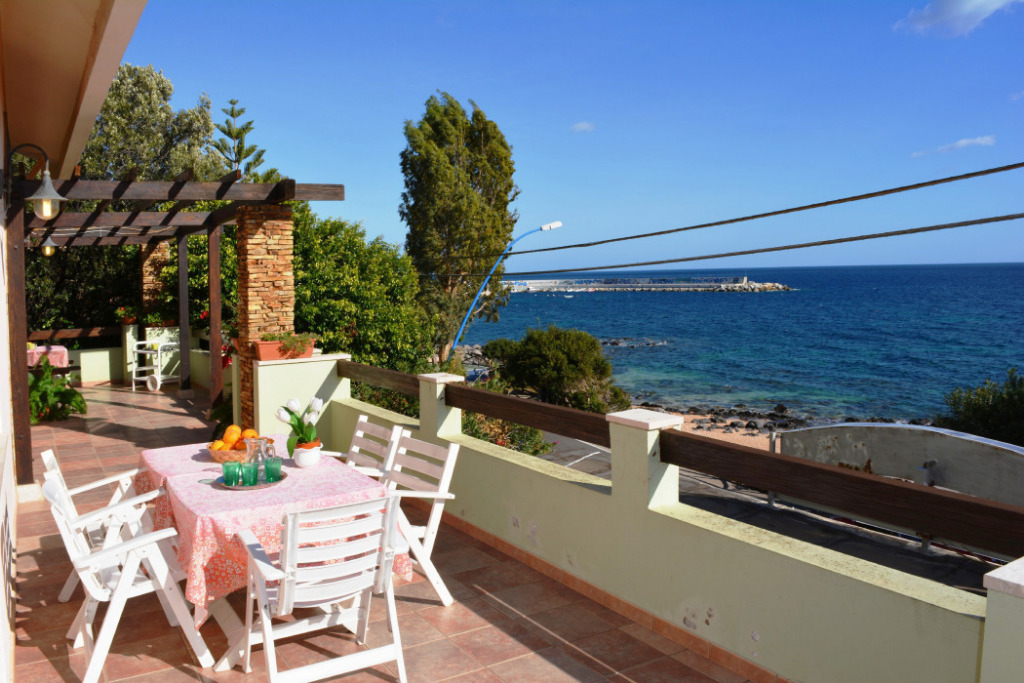 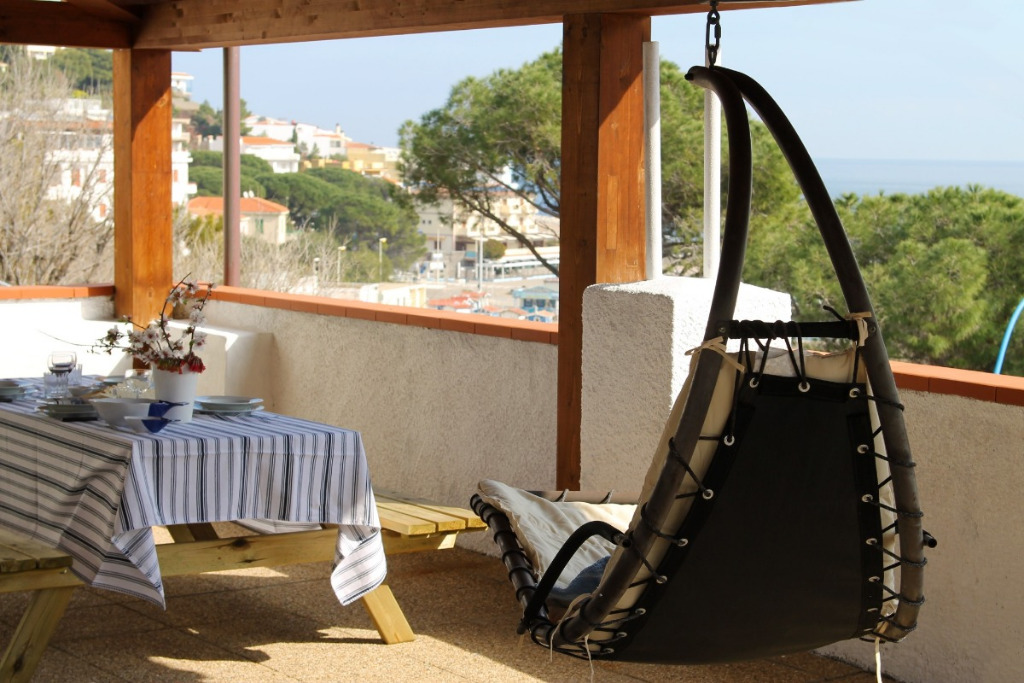 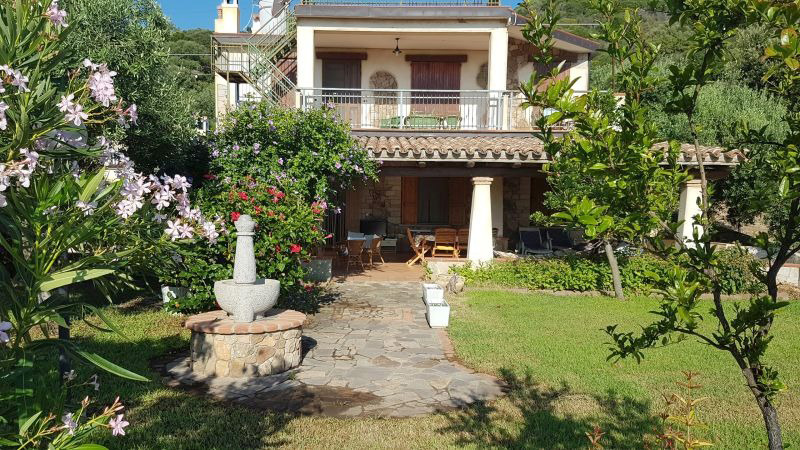